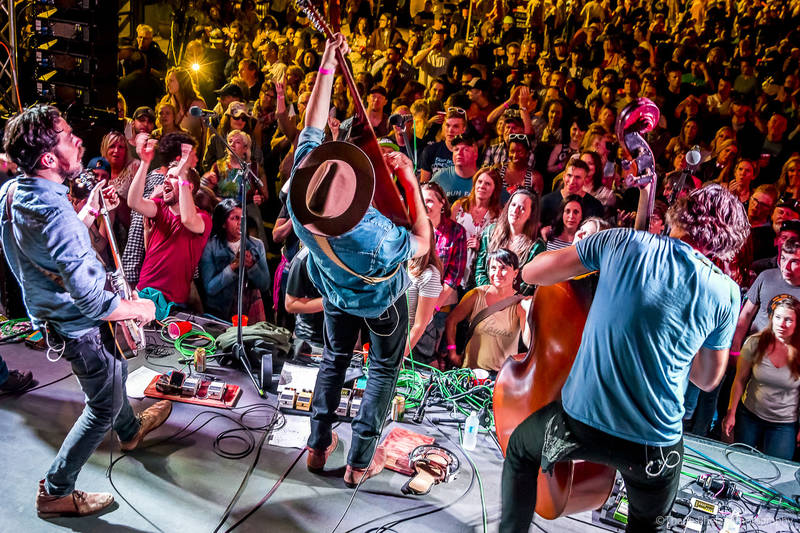 The fourth annual Roots & Vines Festival, Presented by Solarity Credit Union, will return to
historic North Front Street in Yakima, Washington, on Saturday, May 19, 2018. The event will
run from 3:30PM to 10PM, with music starting at 3:45PM and finishing at 10PM. Tickets go on
sale Thursday, March 15, 2018 and will be sold through The Capitol Theatre Box Office (online
and physical box office location). This event is produced by the Downtown Association of
Yakima, in conjunction with Chinook Fest.

Roots & Vines Festival is a one day celebration of craft beverages produced in the Yakima
Valley, and features nationally touring Americana, Folk & Bluegrass bands. The event started in
2015 and has grown to become one of the premier events in downtown Yakima, bringing
festival goers from all over the region. The community comes out in full-force to dance in the
street while enjoying their favorite local craft beverages and food from their favorite local
eateries, and views this event as the unofficial kick-off to summer. The environment is fun and
light-hearted, and the excitement that summer is just around the corner is evident in the air!
Per usual, the team at Chinook Fest takes great care in bringing notable acts from around the
country to the Yakima Valley. This year is no exception. The lineup for Roots & Vines 2018 is as
follows: Nikki Lane (Nashville, TN), The Last Revel (Minneapolis, MN), Hillstomp (Portland, OR),
Jeff Crosby & the Refugees (Boise, ID) The Warren G. Hardings (Seattle, WA), and Carl
Anderson (Nashville, TN). More information on each artist can be found at
www.rootsandvinesfest.com.

Roots and Vines is planned and coordinated by the Downtown Association of Yakima (DAY) in
partnership with Chinook Fest in fulfilling its mission of making Downtown Yakima a Great Place
to Work, Play and Live. Roots and Vines, along with many other downtown events coordinated
by DAY, are part of a larger effort to revitalize the downtown core.