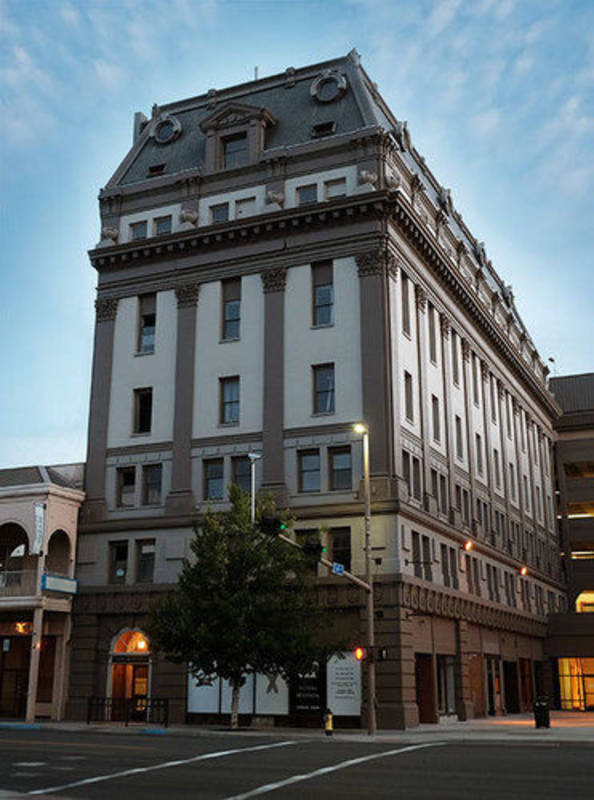 Once the tallest, grandest building between Seattle and Spokane, the Masonic Temple Building will be soon opening its doors as Hotel Maison. The boutique hotel, which was originally constructed as a lodge hall and meeting space by Yakima Freemasons in 1910, will now house 36 spacious suites designed to reflect the historic framework of the building and offer spectacular views of the Yakima Valley.

“This hotel offers a glimpse into our Yakima culture, past and present,” says Joe Morrier, Sr., President of JEM Development and owner of the hotel property.

Located in the downtown area, the hotel is within walking distance of a variety of restaurants, coffee shops, breweries, tasting rooms, boutiques, and antique stores.

The most dramatic element of the hotel is the unique, historic architecture, which was strongly influenced by the Freemason craftsmen who built the structure. The hotel retains original facades and architectural amenities calling back to the days of the Masons—a Mansard roof and elaborate dormers in a Second Empire Style paired with Classic Corinthian capitals and brick pilasters topped with elaborate decorative designs.

Future expansion of the hotel includes converting the ornate, well-preserved ceremonial lodge on the 6thfloor—designed to replicate the throne room of King Solomon’s temple—into a convention/reception space. Temple renovations will begin in 2017.