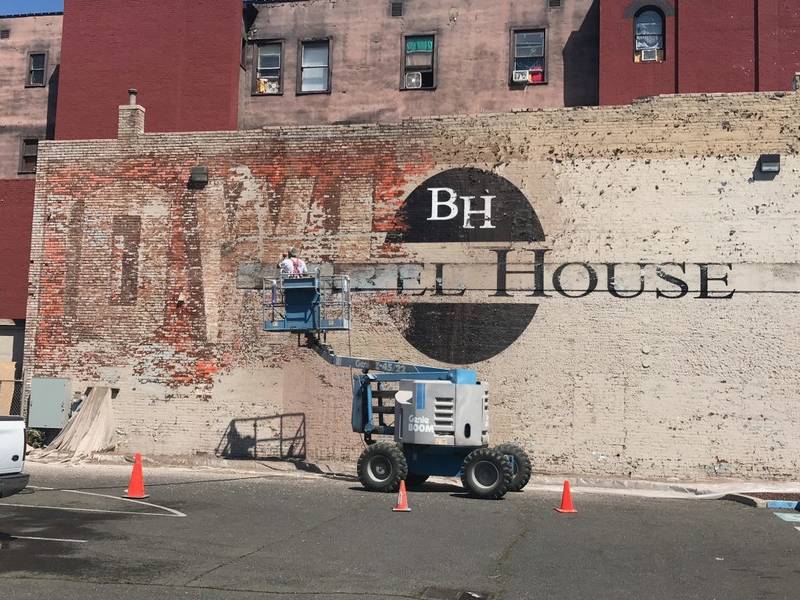 For the third consecutive year the Downtown Association of Yakima (DAY) has awarded grants to downtown businesses to assist them in their attempt to enhance their buildings and businesses, and subsequently, revitalize Downtown Yakima. In total, $10,000 in matching grant money was awarded to two businesses

The Crafted Restaurant project, which involves the heretofore Barrel House building on historic North Front Street, received $6,000 to assist in the bolstering of the south wall and painting of a new mural. The Opera House building, also on N. Front Street, received $4,000 matching funds to assist in the repair of the front brick columns. The structure houses the Carousel Restaurant whose owners recently took ownership of the building.

The grant program received several applications – all deserving. Each application was closely vetted by members of the DAY Design Committee with the awardees chosen through a scoring process. Grants will be distributed upon completion of each specific project.

“Making these awards through the Façade Improvement Grant Program is one of the most meaningful services DAY provides,” said Andrew Holt, DAY Executive Director. “It is core to our mission: to help revitalize the historic downtown. Nothing could be more in line with that than assisting folks restore their buildings and in turn, support the growth of their business.”

In previous years the Façade Improvement Grant Program has given grants to the Thai House on 2nd Street and the Lee Semons Building on Yakima Ave which enabled the opening of the Pita Pit restaurant and Royal Sports after the building had sat empty for over 6 years.

The grant application is opened up in January of the new year with applications awarded in late spring. Any building within the designated historic downtown district is eligible.