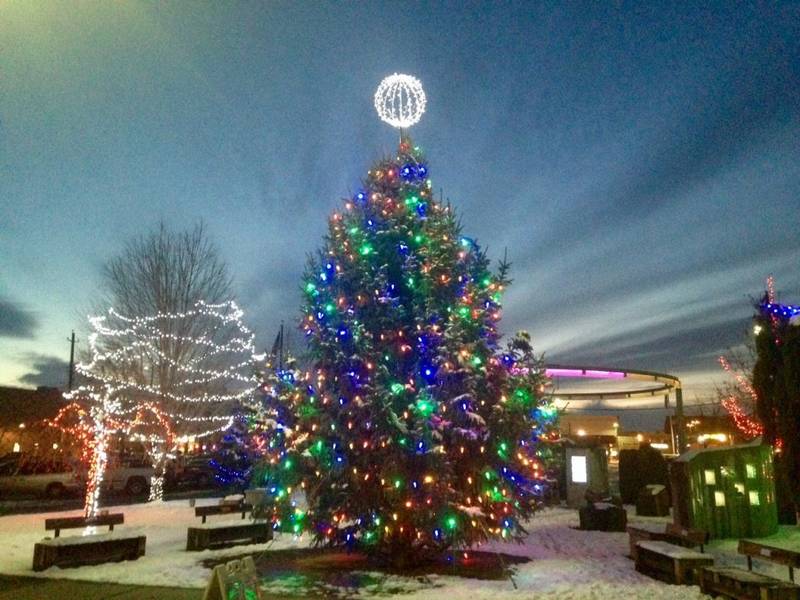 It promises to be a cheerful Holiday Season in Downtown Yakima with a variety of events to keep you in the spirit.

Holiday Horse-Drawn Wagon Rides will kick things off this Saturday, December 7th. The free rides, sponsored by DAY, the Downtown Association of Yakima, will occur the three Saturdays leading up to the Christmas holiday from noon to 3 pm. The rides begin and end at Millennium Plaza on S. 3rd street, weaving through downtown on a 20-minute route. On December 14 and 21, SS Food Truck will be on hand, offering hot cider and coco along with holiday treats. Rumor has it that Santa Claus will be handing out candy canes on those two Saturdays.

The Yakima Christmas Lighted Parade will occur on Sunday, December 8th. The parade begins at 6 pm and will be followed immediately by the Community Christmas Tree Lighting Ceremony. The parade, which begins on Sixth Avenue and finishes at Millennium Plaza on Third Street, features dazzling lighted entrants with plenty of holiday cheer. Carolers will be singing along the route and folks can takes selfies with Santa after the parade on Third Street. The Tree Lighting will also include the announcement of the parade winners and the official lighting of the tree and Millennium Plaza. There will be a host of vendors at Millennium Plaza, offering hot drinks, and holiday snacks. The Lighted Parade is headed up by the Sunfair Parade and the Tree Lighting by DAY.

Carols from Christmas Past at Season’s Performance Hall – Dec.21