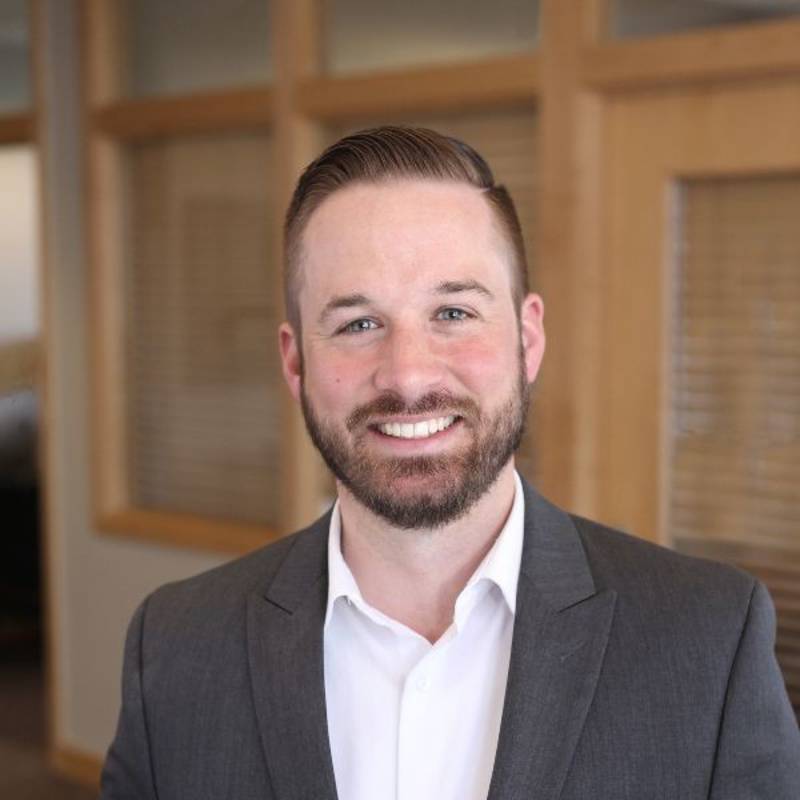 Cashmere Valley Bank was established in 1932 by two brothers in Cashmere, Washington. It's a community bank focused on providing personal customer service to the central Washington region. After eight years in West Valley, an opportunity came available to purchase an existing bank building. With the help of local builders, substantial façade improvements were made and Cashmere opened their doors in Downtown Yakima in February 2018.

At its helm is SVP Regional Manager, Taylor Stormo. Stormo oversees the Yakima, Ellensburg, and Cle Elum markets. His path in the organization showcases the values of Cashmere Valley Bank at its core --  that it’s the people that make the bank.

“I started on the teller row and have been blessed with good leadership that’s allowed me the opportunity to try my hand at many things including marketing, website development and maintenance, retail operations and administration, bankcard operations, and commercial lending among other roles. I suppose that after I failed all those, they put me in management!" Joking aside, "This business is rarely boring and as such, there’s a place for almost any skillset in this industry so long as you’re honest, capable, and dependable.”

Like the small business they serve, Cashmere Valley Bank knows the importance of building personal relationships with their customers and having a positive presence in the community. “As a community bank, our primary differentiator is the service we offer. But what does that really mean? For us, it’s not forcing customers through more profitable channels by limiting lobby service; it’s having real people (working full-time) behind the teller row and answering phones. It’s running each branch like it’s a bank unto itself with competent staff capable of making decisions.  It’s erring on the side of the customer when at all possible. It’s honoring your commitment to your customer because we expect their word to be good, and so should ours. It can be summed up as following the golden rule: 'Do unto others….' "

Banking is no different than most retail business in that you want to be where your customers can easily find and access you.  When asked why Downtown Yakima, Taylor said, “I think Downtown is in the process of redefining itself and on the cusp of a revival. Who wouldn’t want to be a part of it?!” Taylor and his team serve on different boards throughout the County, investing in the communities they serve. From Rod’s House to Rotary, to Comprehensive Healthcare, and even the Downtown Association of Yakima, Cashmere Valley Bank is deeply committed and rooted to the Yakima Valley and its people.

Taylor and his team invite you to join them at 5 p.m., Sunday, December 5 at 127 West Yakima Avenue to enjoy complimentary hot chocolate before the 2021 Yakima Holiday Lighted Parade.

Getting to know Taylor Stormo...