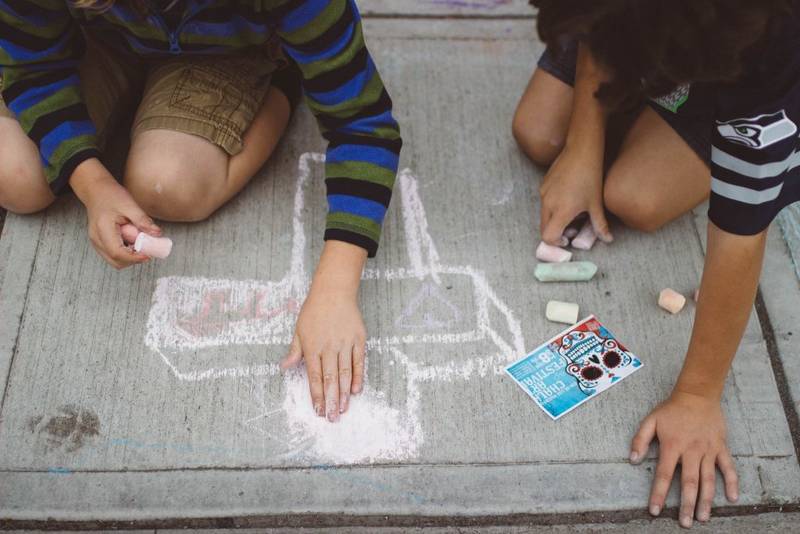 Downtown Yakima is host to many successful events, including a First Friday series and the Fresh Hop Ale Festival, which are very popular with the 21 and older crowd. In an effort to showcase downtown as a place that is inclusive to all ages and demographics, a series of Second Saturday events was born featuring free family friendly activities.

One of the most popular Second Saturdays, hosted for the first time in 2015, featured a chalk art festival. The event was located in an area of downtown which features family oriented businesses, a market that is currently lacking in downtown Yakima, and included strong interest from local businesses and other community organizations.

While successful in its first year, the Downtown Association of Yakima (DAY) looked for ways to improve the chalk art festival in 2016. Nearly 50% of Yakima residents are Hispanic, and yet downtown still lacks diversity in its business mix and programming. In 2016, in line with its goal to make events more inclusive and cross cultural lines, DAY shifted the chalk art festival’s theme to focus on Día de Los Muertos.

“We were able to cultivate an event around a holiday that is primarily a Mexican celebration but has crossed into more main street culture,” said Joe Hudon, DAY Promotions Chair. “By doing so, we found that we connected with a demographic that we hadn’t always easily connected with in the past.”

The Día de Los Muertos Chalk Art Festival opened the doors for DAY to partner with community organizations such as the Yakima-Morelia Sister City Association (YMSCA), a nonprofit that promotes mutual understanding and the sharing of cultural diversity between Yakima and Morelia, Mexico. Also involved in the festival were Yakima Symphony Orchestra musicians, professional artists from outside the community, and 35 Yakima Valley College students from Maria Cuevas’s class, ChicanX Art & Culture. Approximately 500 people participated in the 2016 festival.

“Downtowns are for everyone, and the Downtown Association of Yakima is showing commitment to inclusivity through thoughtful programming and partnerships,” said Breanne Durham, Washington Main Street Program Coordinator. “We are excited to see how the Día de Los Muertos Chalk Art Festival continues to bring people together in Yakima.”

The Excellence on Main Awards, organized by the Washington State Main Street Program, recognize communities, organizations, and individuals who are helping to achieve economic vitality and build sustainable communities through downtown revitalization and preservation. Washington’s Main Street Program is housed in the Department of Archaeology and Historic Preservation and administered, under contract, by the Washington Trust for Historic Preservation.

The Outstanding Promotional Event of the Year award recognizes creative and effective image campaigns, special events, or other promotional projects that market to and attract people to the downtown or neighborhood commercial district.