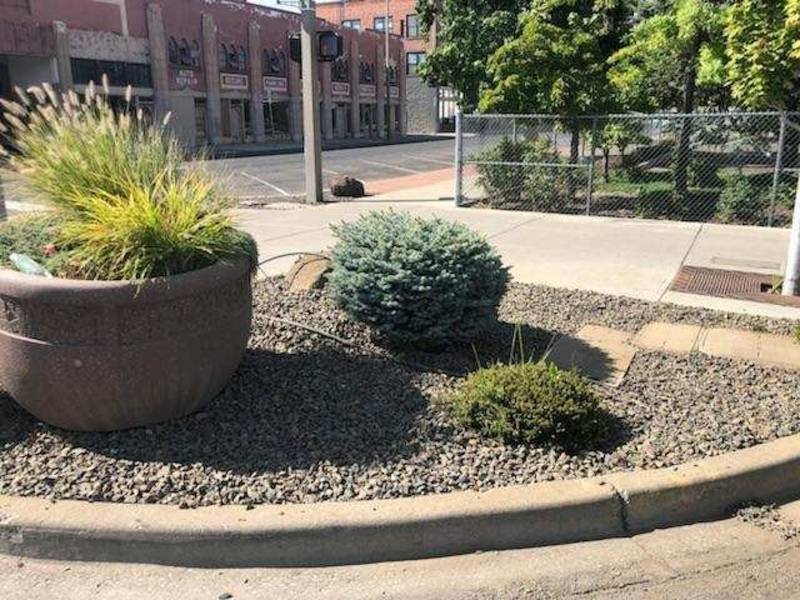 DAY Operations Manager, John O’Rourke, and his crew prepared and matted the beds during the latter part of the week and then performed the rock landscaping on Saturday, the project culminating in 20 yards of rock (23.5 tons), a tractor, and a crew of 7 distributing and raking.

The planter beds and tree wells covered in the project included Staff Sergeant Pendleton Way (3rd to 1st Streets), 2ndStreet (Yakima Avenue to Chestnut), and portions of the parking lot on 1st Street between Yakima Ave and SSPW.

“The main goals of the project”, says O’Rourke, are to improve the general appearance of downtown and provide a look that can realistically be maintained. We think this accomplishes that.  We are constantly working on strategies to enhance the look and feel of downtown that are sustainable.”

O’Rourke adds that the work by the crew was outstanding and he appreciates everyone who supported the execution of the project.

Executive Director of DAY, Andrew Holt states that “This is the type of project that shows just how much potential our downtown possesses, and I cannot give John and his crew enough credit for their vision and ability to organize and perform the project.”