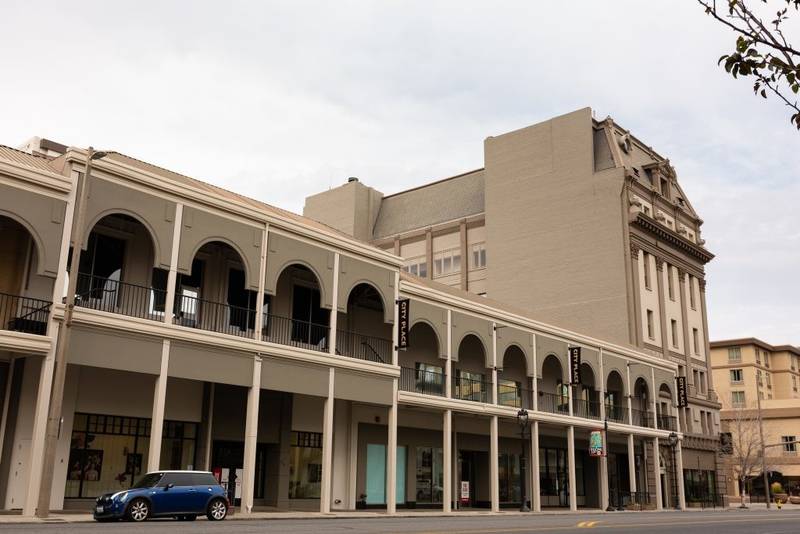 Yakima, WA – Three separate projects were completed with the assistance of the Downtown Association of Yakima’s (DAY) Façade Improvement Grant Program in 2018. Nearly $14,000 in matching grant monies were distributed to assist the projects that enhanced buildings in the Downtown Yakima business core.

The Façade Improvement Grant Committee authorized funds for a new mosaic sign for Yakima Federal Savings & Loan on Yakima Avenue, the repainting and rebranding of City Place on Yakima Ave and N. 3rd Street, and a new door/entrance enhancement to MB Designs on 7th Avenue. The three projects were selected from a group of six applicants – the most ever received in the program’s four-year history.

Advertisement of the program occurred in winter with a deadline for applications of April 30.  The six applications were reviewed by members of the Façade Improvement Grant Committee which includes members of the DAY Design Committee and staff, with votes being cast on a variety of criteria. Selections were made, and recipients provided a general project schedule.

“We were ecstatic to give out nearly $14,000 in grant funds – the most ever – after receiving six applications – which was also an all-time high for the program,” said DAY Executive Director, Andrew Holt. “This shows that the program is growing and making a difference in the downtown core.”

Holt adds, “Seeing projects come to fruition in this program is always extra meaningful because this program hits at the core of our mission: it helps maintain the historic nature of Downtown Yakima while also assisting these properties in their effort to be more economically viable.”

The grant breakdown is listed below.